The stories that took shape at our Masala Monologues® workshops over two years were shaped and transformed into these theatre performances. You’ll see for yourself how creating safe spaces where South Asian womxn can write their personal stories, from their culture – can be so powerful!

This show was performed at Rich Mix, London in April 2019, created by Soul Sutras® in collaboration with Loquitur Theatre. Our fabulous actors: Dee Stephen, Safiyya Ingar, Shireen Farkhoy, Sharita Oomer, Janaki Gerard as well as director Lou-Lou Mason of Loquitur Theatre & associate Amanda Bowen brought such energy and enthusiasm to the stories. The audience loved it, the feedback was super positive.

Masala Monologues® was proud to be part of the Emerge Festival 2019, at The Design Museum in London – as part of a collaboration with East London arts centre Rich Mix. This exclusive show used stories created with the actors, based on their own life experiences around growing up in the UK as South Asian womxn, with themes like racism and sexism. There were two interactive performances as part of Emerge Festival, both compelling & audience-disruptive performances. 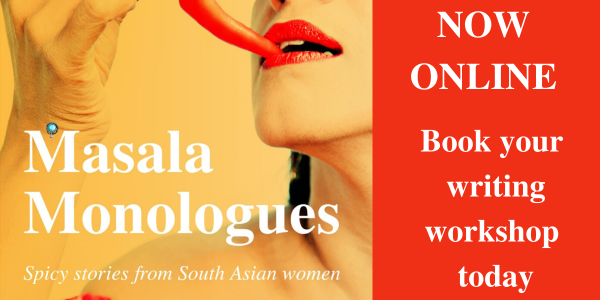